While not just embarrassing for the individual and for his employer Riot Games, there is also the question about the age of the recipient, which could throw up some serious legal questions. After the images and videos made their way to 4chan the notorious site wasted no time in investigating who the recipient was. In a thread this publication shall not display here to preserve their identity, several sources stated the girl involved had only recently turned 16. This was repeated by multiple individuals on Twitter who claimed to know the person involved. There were also Discord conversations allegedly involving the recipient where she herself states her age as being 15-16 at the time of the exchange. In one image the commentator is seen asking the recipient their age, although there is no reply in the text. 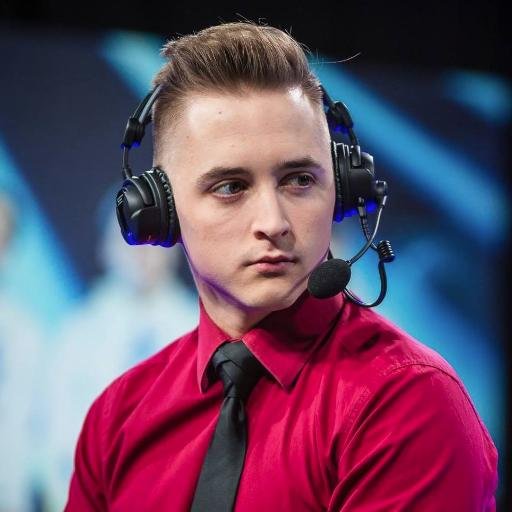 The leak itself may have happened as a bungled blackmail attempt against the commentator. A Twitter account called LaQuanTheGreat, now QuanBoyTheRea, demanded that Voorspoels message them or else they would release some “docs.” What the individual wanted is unclear as they publicly stated it wasn’t blackmail as they didn’t ask for anything. Regardless there are several Twitter accounts claiming to be the “source” of the leak but none had made a threat prior to them being made public.

It’s not the first time that speculation about the 27 year old commentator’s sex life has caused drama and embarrassment. Popular Twitch streamer Ali “Gross Gore” Larson repeated rumours he had heard about Voorspoels sleeping with a fifteen year old on his stream, which led to him being banned from the platform for violating their terms of service. Larson’s claims were never substantiated despite many repeating the rumours, and Voorspoels had to endure people repeating these allegations on social media platforms and in Twitch chat each time he appeared. Larson has since shown contrition, with rumours circulating he will be allowed to return to Twitch following a string of public apologies. He has even extended support to Voorspoels following this latest awkward chapter in his career.

One source that knows Voorspoels, who requested anonymity, told us that the commentator may have been targeted due to people knowing about his personal activities. “Since he has got in shape due to his gym regime he has been talking with many female fans” they said. “Friends have warned him to be careful about this but he hasn’t listened. After Gross Gore said what he did we also told him to make sure of the age when he got with someone. You can see in the images he does ask this now. He took a lot of risk.”

It isn’t clear what action, if any, Riot Games will take. A company who tailor their game and broadcast to a 13+ audience may struggle to be able to move past this explicit images being in the public domain. They have also had to deal with Voorspoels defending “blackface” in the past in another incident that occurred in early 2015 where the commentator said anyone offended by blackface was silly and that Americans were “butthurt” over the issue. While a public apology and overwhelming support from his extremely loyal fanbase made that controversy fade quickly, it’s not clear how many more chances the commentator will get.

We’ll bring you more on this story as it develops